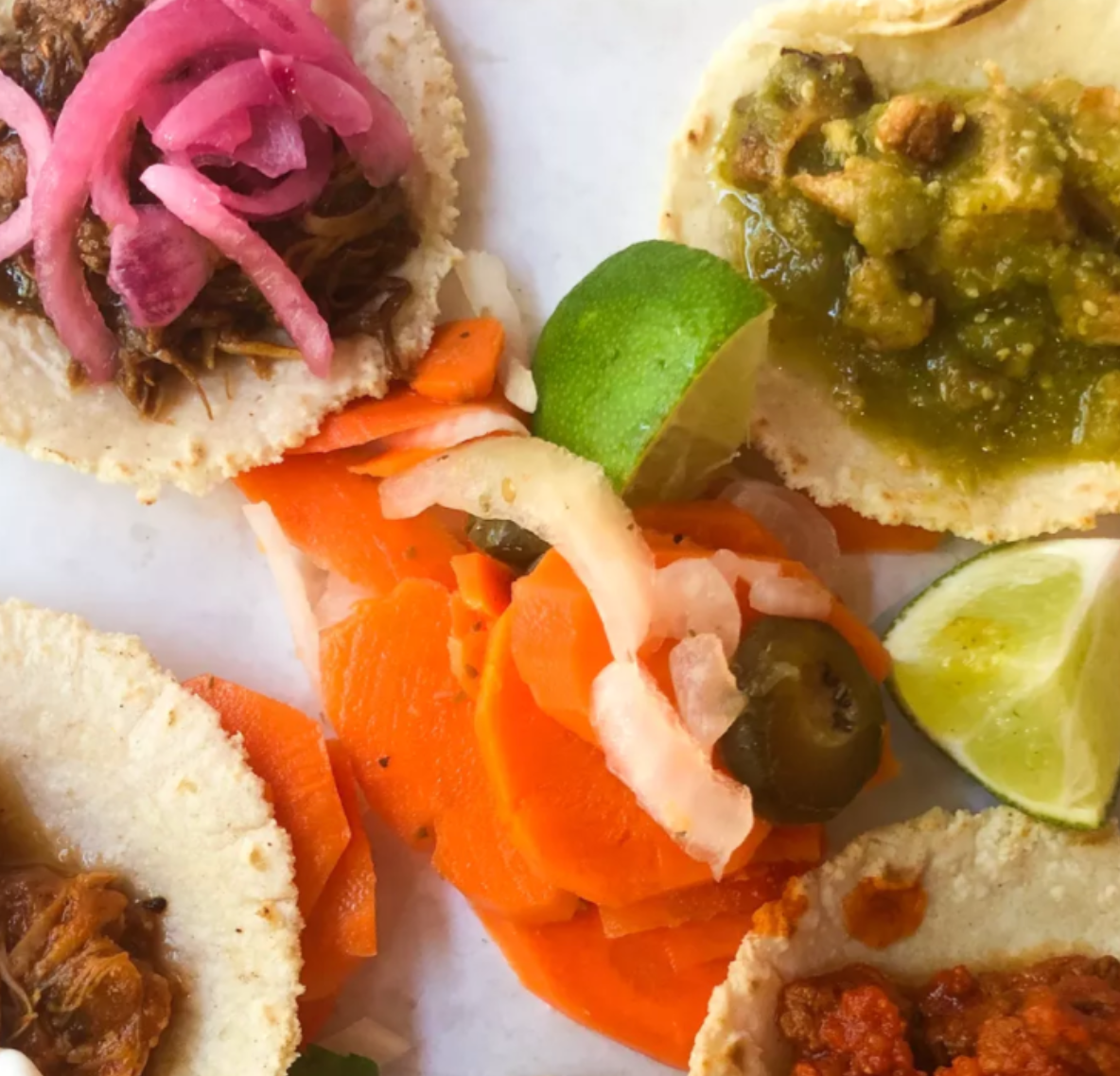 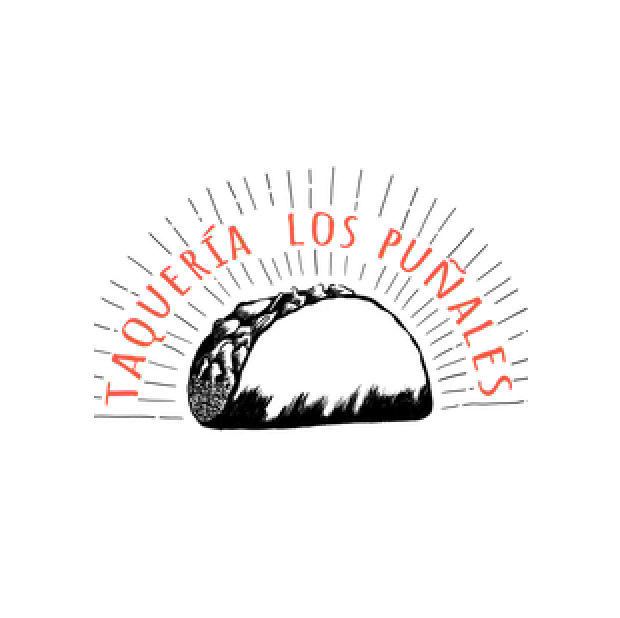 Taqueria Los Puñales specializes in traditional guisados, and aims to be vocally and transparently queer.

Two food service vets have opened a new, hyper-queer taqueria on SE Belmont, specializing in Mexican braises and stews, or guisados. Taqueria Los Puñales, which opened on Monday, is slinging tinga-filled, house-made tortillas in a space decked out in queer art and photos of RuPaul. In Spanish, the word “puñal” has a number of meanings — most literally, it means dagger, specifically one dipped in poison. It also can refer to a “handful,” the way a child can be a handful for a parent. And, finally, it can be used as a way to describe a homosexual man. Brain Aster, the co-owner of Taqueria Los Puñales, compares it to the word “queer,” now its own identity under the LGBTQ+-umbrella. David Madrigal, his business partner and friend of 20 years, is more direct. “It means f**,” he says. “But we’re reclaiming it. My dad has a tattoo of two daggers, and a taco is, literally, a handful.” Madrigal and Aster, two gay men with a long history in the service industry, wanted to open a taqueria that was vocally and transparently queer: The walls are lined with everything from lotería-inspired Felix D’eon paintings to a framed photo of legendary activist Marsha P. Johnson. Shelbee Smith, a local lesbian artist, worked on the lettering and sign. Kennedy Barrera-Cruz, a trans indigenous artist, handled the branding. “[Madrigal] came up with this idea saying, ‘We’re both gay, let’s start ‘Gay Tacos,’” Aster says. “We didn’t want to really call it Gay Tacos, because then it becomes super kitschy. Then, it isn’t about the food.” And for Madrigal, the food was crucial. Madrigal comes from a long line of taqueros. His grandfather, a taquero in Guadalajara, Mexico, was shot and killed by a rival taquero in the same neighborhood. His parents continue to make tacos in Guadalajara, the owners of a taqueria known for its tripa tacos. When Madrigal moved to Portland at 17, he didn’t necessarily think he would also be making tacos; unsure of what to do with himself and aware that he needed a job, he took a gig as a dishwasher at a hotel. Within a week, he had a job on the prep line. Homesick, he would call his mother, asking her how to make the guisados of his childhood. Since then, Madrigal has worked in restaurants, including 13 years at La Bonita. He was about to move home when he and Aster decided to get serious about opening their own taco shop. “The story of the taco is, when you come home from school, you open the fridge and you see what’s inside,” Madrigal says. “You warm up some tortillas, and you make a taco out of what you have.” At Taqueria Los Puñales, Madrigal fills house-made tortillas with a number of different guisados he ate growing up: pork in chile verde, tinga, mole poblano with chicken, bistec con papas in a guajillo-tomato sauce the way his grandmother made it. But the menu at Taqueria Los Puñales is not straight out of his childhood kitchen — Madrigal’s recipes come with twists he developed as a chef. “My mom taught me many things, but we all have our own signature,” he says. One dish, for instance, is more of a collaboration between Madrigal and Aster’s husband, Diego Quiroga. “One time, David was over, and Diego made pesto,” Aster recalls. “He was like, ‘Yo, let’s put this shit on carne asada right now.’” Now, Taqueria Los Puñales serves the pesto-topped carne asada in a taco, with tender, well-seasoned steak. It’s one of the few non-guisados on the menu, including pork shoulder carnitas and a tender adobada. Every once in a while, if people ask, Madrigal will make tripa tacos from a secret stash in the fridge, just like his father and grandfather. Taqueria Los Puñales is open for dine-in and takeout service at 3312 SE Belmont Street.